Jared Davidson is continuing his rampage through Ottawa’s modern pizza joints, which he began in our Takeout Talk column. This week he’s got Farinella on the brain. Read Jared’s reviews of Pizza Nerds and Heartbreakers while we have you!

Last week I ate a metre of pizza. It may be more accurate to say that I attempted to eat a metre of pizza, but I really only ate 33 centimetres of pizza (1089 cm²). It’s important to be accurate when describing pizza, especially in a review.

I can be so precise about my pizza intake because the pizza in question came from Farinella, Little Italy’s representative in my ongoing Ottawa Pizza Rampage 2021. They sell their pizzas by the half or full metre, so with an order and a little math acumen, you too can eat with such precision.

A minor quibble with buying pizza by the metre: it’s hard to visualize how much pizza that is. First off, you should know that they don’t mean a cubic metre, oh no. They mean pizza of average width that is one metre in length. That’s a lot of pizza. It’s this much pizza.

That’s a pizza surfboard. Think of it as the amount of pizza you’d expect to see at a birthday party as a child: about two medium pizzas and then a bit more. It will satisfy four people and intimidate two.

Once I got over my intimidation, the pizza itself turned out to be worthy of its buzz. Since opening in 2016, Farinella has been a winner for Ottawa pizza-goers, and it is widely credited with catalyzing Ottawa’s current pizza scene, with the likes of Heartbreakers, Pizza Nerds, Stay Gold, and Pi Squared following in its wake.

Yes, there had been rumblings of an awakening before, but this is the restaurant that tipped Ottawa toward pizza revolution, or so the oral history goes. And I had set out to analyze the historical evidence, orally. The real test would be a taste test, and I’m happy to report that Farinella met expectations with regard to pizza quality while exceeding them in pizza size.

The metre of pizza I ordered was actually made up of two half metres: the Sotto Casa and the Frank Pinello, the latter of which features a white sauce and is the more adventurous of the two pies I chose. The Sotto Casa was extremely tasty, with an emphasis on the quality of ingredients. This is pizza that is meant to be enjoyed, rather than scarfed down on the way out the door, or as a means to satiate hungry office workers during a lunchtime board meeting. Each element is carefully balanced so as not to overwhelm the whole production.

The Frank Pinello was similarly well-constructed, though I felt it didn’t pair well with the Sotto Casa, given its softer notes of caramelized onion and basil. The white sauce was tasty, but the tomato-based pizza was the favourite, which definitely skewed my palate.

One thing to note, especially given the amount of pizza on offer: This is not a pizza that stores well. We all know someone who prefers their pizza the day after, cold and glistening. This is not that pizza. Like a used car, the moment you drive this surfboard off the lot, you lose a lot of resale value (warning to pizza scalpers). This is a pizza that is best consumed ASAP for the optimal experience.

Overall, the crust, sauce, cheese, and toppings come together very well in a Farinella pie. Eaten fresh, this pizza is very high quality, and considering the amount of pizza approximately $40 buys you, it’s not overly expensive (a complaint often raised by its detractors). That said, if you’re looking for cheaper options, there are plenty of lower-quality pizza places to choose from nearby. But this Rampage has never been about finding the best value–it’s about one thing: the pizza. And Farinella brings the fire.

Next week, the Rampage continues with Stay Gold, a Detroit-style deep dish situation. If you have suggestions for the Rampage, please shout them on social media or in the comments below. 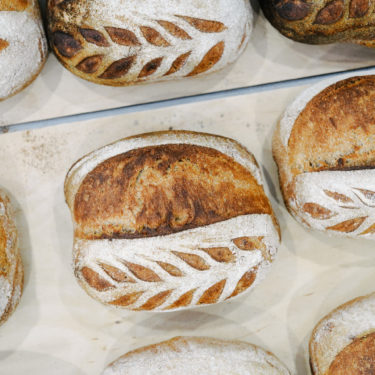 Almanac Grain is bringing back old-school milling to Ottawa