Skip To Content
The Library on Parliament Hill. Photo by Derek Mellon.
Advertisement:

In Part 1 of a two-part series, Eric Haar offers an introductory tour of his personal choices for Ottawa-Gatineau’s most exceptional historic architectural landmarks. In my estimation, this is the greatest building in the National Capital! The surviving element from the original Centre Block complex—which was largely destroyed in the cataclysmic fire of 1916—dominates its promontory site, overlooking the sweep of the Ottawa River.

The pyramidal central space was inspired by the British Museum Reading Room in London. It surpassed that noble predecessor in the surprisingly intimate proportions of its soaring volume, its sober, serious atmosphere, and its gorgeous detailing.

When built, the Library of Parliament expressed how the new Canadian community’s vision and enterprise worked to tame and manage a vast and bountiful land. Today, it stands as a celebration of our robust democratic heritage, every bit as eloquent as the great European cathedrals with which it shares its joyful use of flying buttresses. This military facility for training, meeting, parading, and messing was constructed to house the Governor General’s Foot Guards and the Cameron Highlanders of Ottawa while also serving as a home for the ceremonial unit which executes the daily summertime “Changing of the Guard” on Parliament Hill. It blends elements of the Second Empire and Italianate styles which characterized utilitarian federal buildings of its period. Architect Thomas Seaton Scott was reputed to have had only modest skill in design, but his excellent family connections gained him numerous commissions and several appointments to prestigious—albeit bureaucratic—government posts. However, his Drill Hall (which received a meticulous, award-winning restoration by GRC Architects in 1997), with its lively façade, cavernous main space and singular profile, deserves to be celebrated and recognized as the sober and perhaps more responsible older brother of that other “local hero,” Lansdowne Park’s fun-loving Aberdeen Pavilion. The family resemblance is both unmistakable and delightful!

Conceived as a centrepiece for the agricultural Central Canada Exhibition and inspired by Joseph Paxton’s glorious Crystal Palace (originally built in Hyde Park, London), this vast clear-span and cupola-topped steel structure was prefabricated by Dominion Bridge in Lachine, Québec, and erected in a mere two months. Sometimes pejoratively labelled the “Cattle Castle,” the pavilion survives not only as the last of Canada’s great 19th-century exhibition buildings, but also as the one-time home of the Ottawa Senators and the oldest still-standing venue, which once hosted Stanley Cup games. And lest we forget, it repeatedly provided service for wartime military staging.

In August 1991, Ottawa City Council condemned the building to the wrecker’s ball (rather than approve a steep restoration budget), but the Aberdeen Pavilion received a reprieve when a new Council was elected that November. A new streamlined budget was soon passed, a bullet dodged, and one of our most cherished local landmarks saved! Central Chambers is a keystone in the formation of Confederation Square, a monumental urban space inspired by “City Beautiful” principles (which American theorist Jane Jacobs once insightfully described as an “architectural design cult”). To create the Square, much of Ottawa’s earliest dense downtown fabric was levelled, including the 1877 City Hall and the 1876 Post Office – removals which gave the building its current prominence.

It’s somewhat unfortunate that today’s Confederation Square doesn’t feature a more coherent definition (with its space bleeding away in many directions toward some notably underwhelming vistas), but the wonderful confection of Central Chambers is almost certainly the Square’s most-beloved building. Beautiful bridges are more than engineered structures spanning over inconvenient obstructions. At their best, they’re anthems to movement and eloquent expressions of separation and unity.

These four spans, built-in steel using then-innovative riveted truss construction, and now painted a luminous white, were to be part of an intended ceremonial route linking Rideau Hall and Parliament Hill, a long-since marginalized and now mostly irrelevant function. They remind us that the National Capital Region is carved up by three major rivers and a canal and populated with numerous islands.

Moshe Safdie’s nearby competition-winning design for Ottawa’s former City Hall incorporated an imposing observation tower—a feature subsequently scaled back to a skeletal architectural exclamation point, but one which now pays explicit homage to these charming bridges. Two small structures—well over a hundred years old and originally housing the humblest of functions—somehow escaped the wrecking ball and survive today as testaments to the merits and joys of judiciously preserving our built heritage.

After finishing its stint as a telephone exchange, the one on Besserer Street transitioned into a new commercial career as the J.G. Whyte and Son warehouse and then was transformed into swanky condos. Its First Avenue sister has been the longtime home of the Chancery of Trinidad and Tobago.

The fact that these two structures fit so comfortably into their Sandy Hill and Glebe environs shows that traditional multi-use zoning, which these structures exemplify, has facilitated our most walkable, rich and coveted neighbourhoods and still has much to teach us.

Eric Haar is a practicing architect in Ottawa and Gatineau, and a sessional professor and regular visiting critic in Design Studio at Carleton University’s Azrieli School of Architecture and Urbanism. He lives in Merrickville. 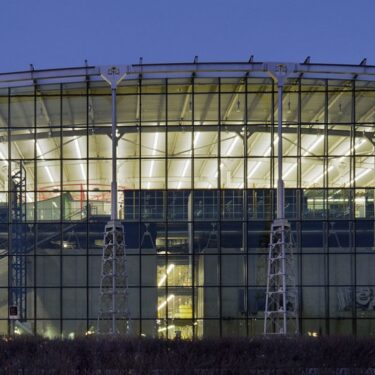