Ottawa, I know we’ve been suffering – every winter, it seems rougher than the year before. Now that it’s finally capri weather though, let’s celebrate summer with some good vibes… it’s festival season! My street has an awesome block party every summer and I’ve never been able to make it due to scheduling conflicts, so for those of us who can’t make it to the ones in our own ‘hood, we have another chance – Glowfair. Ten city blocks, two music stages, twenty bands and DJ acts. And the kicker – it’s absolutely free! Friday, June 17th
I know Fridays are kind of a hard sell – you just worked a long week, and you want to relax, order in, and basically Netflix and chill. Fair enough. But, if you’re going to reserve a few Friday nights to go out on the town, this is definitely one not to miss.

The focus of Friday June 17th for me is inner peace, so if that’s what you’re into you’ll find yourself between Cooper and Somerset, where on offer is some zen in the midst of the block party craziness. Join local instructor Nigel Walker for #GlowYoga. Make sure to bring your mat, bright clothing, your best yogi partner, and some cash (if you’d like to purchase one of the signature #GlowYoga wrist bracelets or products from the awesome food and drink vendors, like Renew Cold Press and Culture Kombucha). Between 9pm-10pm there will be some music courtesy of DJ Seriousblack and some special performances while you set up your station. And then it’s yoga time between 10pm-11pm. Arrive by 6pm to receive your stamp/bracelet for the class.

If you’re inclined to have your face painted, head over to the Enchanted Forest (Somerset to McLaren) before yoga since it’s only on offer on the Friday. Festivals are the spot to discover different artists you aren’t familiar with. That’s one of the reasons I’m looking forward to watching Lissa Monet at the Soundboard DJ Stage at 10pm Friday, after yoga. She’s a sought-after DJ from Toronto who cites as her musical influences a lovely melange of artists including Jay-Z, Frank Sinatra, Aaliyah, Stevie Wonder and Phil Collins. Then it’s time to retire for the night in order to have enough stamina to come back again tomorrow!

Begin your lovely day and evening by walking along the Legacy Block (Gloucester to Nepean) as there will be a spectacular street chalk art exhibit to satisfy our inner child, put together by Francois Pelletier, as well as some storytelling from the Haunted Walk guides, who will be on hand to discuss some of their fascinating ghost stories about Ottawa’s past. There will also be “A Day in Olde Ottawa”, where actors will be on the street reliving Ottawa’s colourful history.

There’s even more fun for the children from Nepean to Lisgar to Cooper, such as Little Ray’s Reptile Zoo,  various buskers, balloon artists, stargazing and even a colouring mural – the Kid’s Zone will be home to a 20 ft. colouring mural for everyone to colour in. Let’s bring this mural to life!

On Saturday, the glowfit block, from Cooper to Somerset will be dedicated to free demos during the day (think Crossfit and tae kwon do) glow bowling, a belly dancing flash mob, family yoga and a spectacular aerial skills demonstration at night. Now’s your time to get your henna on at the Enchanted Forest, and let yourself be mesmerized by LED-lit trees, a Glow Mandala, and tents with palm readers and fortune tellers. Welcome to the mysteriousness…

Then, continue this other worldly journey down Maclaren to Gilmour where you’ll find some strange and wonderful excitement that is the Bizarre Bazaar. You’ll be treated to film screenings from the Ottawa Animation Festival, mad science demos, illusions from Chris Pilsworth, and even a fire spinner.

Finally, be ready to take in headliner Dragonette. This a band that I have not only heard of, but have definitely jammed out to a couple of their songs on the old car radio. This Toronto trio will bring it to the Morguard Main Stage at 9:30 pm, and some fun facts to remember: they are the winners of the 2012 Juno Award for best album Bodyparts, and their latest single is “Let the Night Fall”. Excuse me while I Spotify. At midnight on both nights you can join the popular Silent Disco – yes, silent. It’s exactly what you’re picturing. Imagine a dancefloor full of people grooving to Timekode’s DJs Memetic and Trevor Walker as they battle it out at the Morguard Main Stage from midnight to 2am. FYI; the music is hitting your ears only through headphones, so bring a $20 deposit ($5 handling fee), and your patience. As far as I expect, there will be a line.

On top of all of this, there are many more musical acts, as well as various things going on, so make sure to check out the website. I know that there are so many different festivals to choose from this summer in Ottawa – music, food, flowers, sports, countries, whatever you can imagine really. Glowfair is exciting though because it’s different – it has a ton of diversity packed into ten city blocks. Plus, who isn’t digging the “glow” aspect – the dollar stores are going to be out of glow stick jewelry and crowns for sure. Take an opportunity to enter the VIP Sweepstakes for a chance to win a luxurious one-night stay at their partner hotel, free dinner at a Bank St. restaurant, a fabulous swag bag, and VIP access to the Morguard Mainstage. Good luck!

I will be there on both nights for live coverage as I make my way through the various aspects of the festival, so make sure to follow Apartment613 on social media (Facebook, Twitter, and Instagram). See you soon! 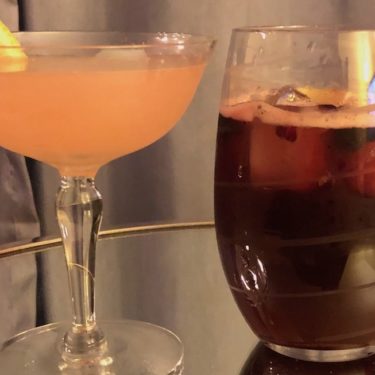