Skip To Content
Zooom, the Children's Innovation Zone, allow kids 8 years of age and younger to have hands-on fun with a number of activities. Photo: Danny Globerman.

Build a better mousetrap and the world will beat a path to your door.

Build a better museum to display that mousetrap as well as thousands of other pieces of technology, and if you’re lucky, maybe you’ll get the same result. 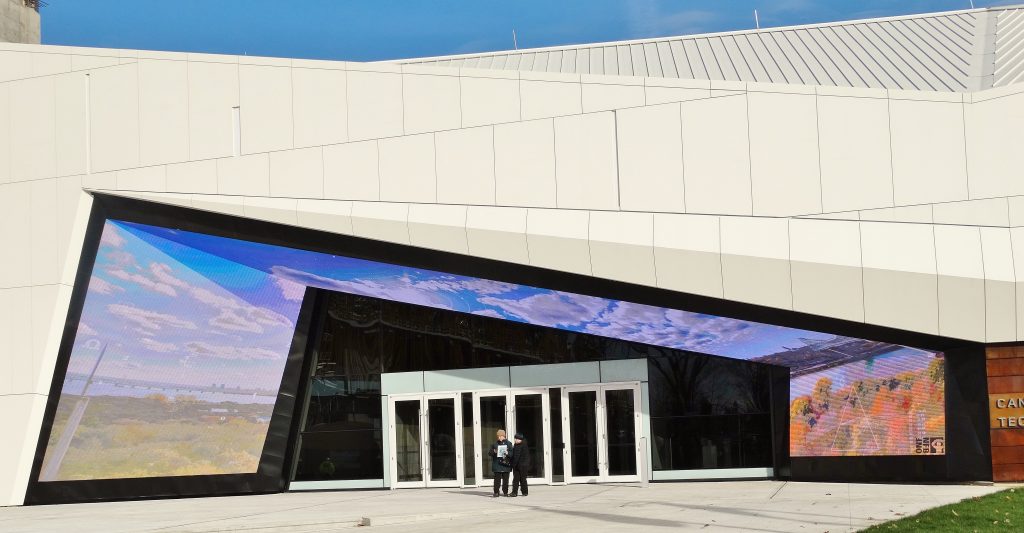 It’s certainly what the people at the newly-renovated Canada Science and Technology Museum are hoping for as they reopen the institution after a three-year, top-to-bottom transformation of the building and exhibitions.

“I think you feel it as soon as you walk through the doors,” says Christina Tessier, the museum’s Director General. “Once you’re in here, you feel like it’s world class. This is a big shift for us.”

Still Crazy after all these years

Several crowd pleasers have survived that big shift, in particular the dizzying Crazy Kitchen and the giant steam locomotives (though sadly for some, not the Apollo Command Module). But the museum has moved well beyond the tried-and-true with a big boost to the number of artifacts on display, more than doubling them from 1,300 to about 2,900. The locomotives that have been perennial crowd pleasers are still around but this time with more explanation about the role steam engines played in the life of Canada. Photo: Danny Globerman.

There are vintage microscopes and medical devices, the world’s first musical synthesizer (invented by Ottawa physicist Hugh Le Caine), an Iron Man-like diving suit and much more. Spread across 11 exhibition spaces, the subject areas range from Into the Great Outdoors to Wearable Tech. There is the wild array of 700 objects in the Artifact Alley central hallway and the hands-on fun of Zooom, a play space specifically designed for kids 8 and under. More than anything, the museum, once described as “tired” in an official report, is no longer stuck in the past. It’s finally embracing the present and future as well as looking at how the technology we shape, shapes us.

“We don’t build technology for the sake of technology. We build it as humans so we can use it and improve our lives,” explains Tessier. “When you just talk about technology in a vacuum, it feels very inaccessible. When you talk about it in a cultural context, then the average person feels they can understand it a lot better and it relates better to them.”

With an eye-catching LED video canopy over the front entrance, dozens of interactive displays, and a glossier, more dynamic atmosphere inside, the new museum bears little resemblance to the one forced to close three years ago.

That Science and Tech museum had long been the poor country cousin of Canada’s national museums after being hastily stuffed into a former bakery warehouse on St. Laurent Boulevard in 1967, a supposedly temporary arrangement that dragged on for decades. With a new emphasis on the role of art in science and technology, the museum now includes a 30-metre long mural created by Ottawa-raised artist EEPMON and Kind Villlage. Photo: Danny Globerman.

“Part of the frustration was the building itself and the repairs and maintenance required,” recalls Fern Proulx, a 22-year veteran of the museum and currently its Chief Operating Officer. “At some points, we started to wonder, are we actually running a museum or are we running a maintenance shop because we were putting a lot of time and energy into patching and creating temporary solutions.”

There’s always this concept of never letting a good crisis go to waste.

Left behind by an increasingly digital world, the museum became as outdated as its steam locomotives. Worse still, the building’s structural problems eventually turned into a full-blown crisis. A leaking roof as well as pervasive mould and even trace amounts of asbestos left the museum no choice but to shut down in September 2014. Even so, the crisis had a silver lining. A giant light bulb sits in the foreground as 1,867 bulbs going back as far as the 1880s hang from the ceiling in an art installation entitled There is a Crack in Everything. Photo: Danny Globerman.

Faced with an immediate dilemma over what to do, the federal government quickly agreed to spend $80-million to repair and renovate the museum. Staff took the opportunity and ran with it, reinventing the place and finally ushering it into the 21st century.

“The end product is fantastic, ” says Proulx. “Yes, it did create a decision point that we’d been waiting for. There’s always this concept of never letting a good crisis go to waste.” 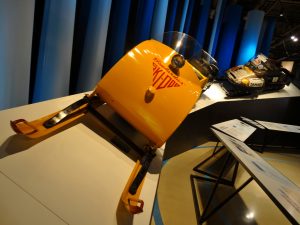 This early Bombardier Skidoo is one of the many different types of vehicles on display at the new Canada Science and Technology Museum. Photo: Danny Globerman.

So now, as it marks its 50th anniversary, the Science and Tech museum’s future is looking much brighter. With temperature and humidity controls now built to the highest standards, it can finally offer the assurances international institutions demand before they lend precious items. The 350-year-old Divini telescope currently on loan from Italy’s Galileo Museum is an example.

At the same time, a $156-million Collections Conservation Centre under construction next door will consolidate the 300,000 artifacts the museum now stores in other substandard locations. There are also early plans to create a $10-million Science Park on the property. 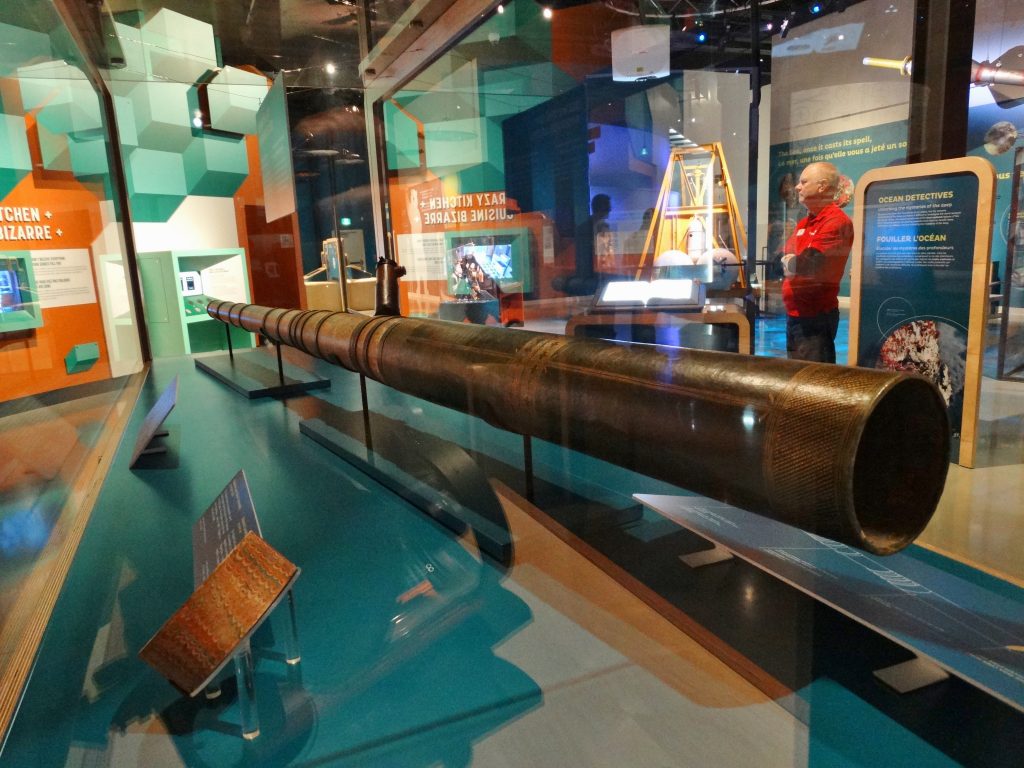 This 17th-century telescope is the creation of Eustachio Divini, one of Italy’s foremost opticians of that era. The Galileo Museum in Florence agreed to lend it because of the improved climate control measures in the new Science and Tech museum. Photo: Danny Globerman.

However, admission fees are going way up with the price for adults rising to $17 from $12, while families will pay $43 instead of $30. Even so, administrators predict the improved experience will be enough to attract more visitors, at least 500,000 a year, well beyond the approximate 300,000 who attended before the redesign. CEO Fern Proulx is betting they’ll like what they see and keep coming back.

“You walk in and you have a wow factor. You come in and say, ‘wow’, this is Canadian science and innovation. I think we will definitely be equal to any other national museums in Canada. As far as world leaders in science and technology centres, we are right up there.” Science and Tech is getting a graffiti makeover this weekend