Damn, it’s been a rough stretch, for people and businesses. So many “For Lease” signs in the neighbourhood. But, things are picking up.

I had done a similar post for Apt613 waaaaaay back, and the time is right for an update. So, let’s jump in. Follow me on a journey from east to west of all things that are new in Hintonburg.

Beloved lunch place Meat Press retired, for the time being at least. The duo that ran the place paused their hectic lifestyle to focus on family. Chef Étienne Cuerrier has been teaching at La Cité Collégiale for the last few months. What took its place is a worthwhile substitute, Holly’s Hot Chicken. Holly Laham, the owner of the joint, had been doing pop-ups across the city for a few years now and decided the time was right to establish some proper roots. According to a friend: “It’s a little pricey, but the fried chicken sandwich was well worth it.” Moving up to Wellington St. West, the space that used to be June’s—the long-time antique, oddities and vintage shop—has brand new signage: Ottawa Trans Library. Already featured on Apt613, the space will serve not only as a lending library but also as a community space for trans and gender non-conforming folks.

Further west, Mattress City Plus packed up and in its place, Wild Willy’s and Suzie Blue Boutique moved in. Wild Willy’s is in a bigger space to sell its plants and flowers while Suzie Blue markets itself as a store selling handmade and ethical goods from Bali. Flamingo Boutique is another cute gift shop that moved into the same strip. To round up the ‘make your home more beautiful’ section is Motif! Boutique, another crafty place right next to Flamingo. While it’s been around since August 2021, I thought it was worth noting the lovely cafe/New Age store that is Pure Apothecary which took over the Raw Food Express location at 989 Wellington Street West.

Across the street, the Senate Tavern’s third location took over the Wellington Eatery. It’s nice to have another place in the neighbourhood to grab some pints and watch sports. Their on-street patio is pretty good, too. 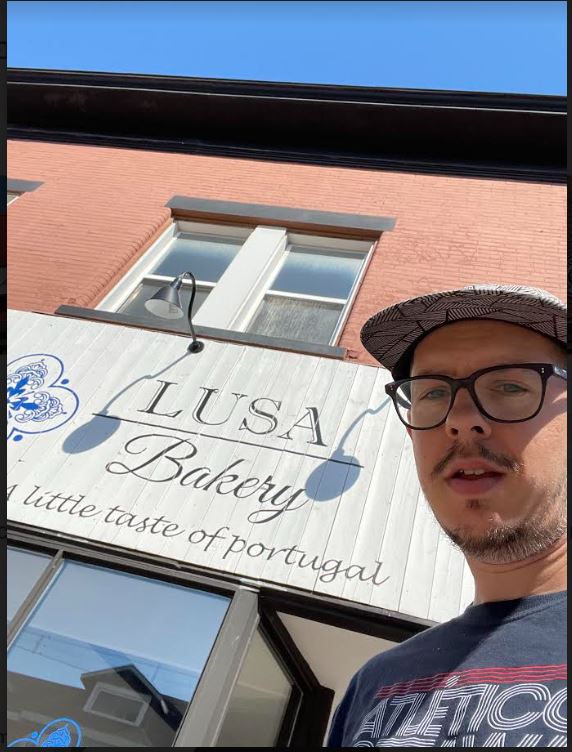 Walking west, the Audiovideo Centre has closed, making way for Hintonburg Kids’ (formerly Extraordinary Baby Shoppe) new location. Lusa Bakery moved into the former CycleLogik spot. Try their chicken sandwich or their custard egg tarts; they’re all delicious! Guru, the fusion-Indian take-out place that never quite took off, has been replaced by Sushi-ro. Try their sushi-sharing platters, you won’t be disappointed.

The space where Hintonburg Kids used to be has been empty for a couple of months. But no more—just this week, I learned that The Spaniel’s Tale Bookstore is moving in. Can’t wait to see what they’ll have on offer! The neighbourhood was abuzz when the news came out.

Near Parkdale on Wellington, Arthur Murray Dance Studio has taken over the former martial arts space. Off Wellington, heading north along Holland, you’ll find that the Momo Spot, which offers tasty Nepalese fare, has taken over the old space held by Foolish Chicken, right next to African Kitchen. Oh, and did you know there was poke across the street courtesy of Paradise Poke? Further west at the corner of Holland and Wellington, The Table has closed and is making way for The Emperor Shawarma. Finally, the former location of Fab Baby Gear just got a “LEASED” sign on their windows, but at the time of writing, I wasn’t able to find what was going to go in. Given the size of the space, a furniture store perhaps? An urban IKEA? If you know, please share!

That’s where my walk ended, but I’m sure there’s more to cover. If I’ve missed anything noteworthy, please let me know in the comments. Momos are Hot at the Momo Spot