“The project will feature the portraits and stories of fifty-two diverse women that identify as either Black, Indigenous, or both, and will use projection mapping to showcase their stories,” Zainab explains. “To amplify the stories of the women, we will also engage our local community in conversations about equity.” “Similarly, in 2020, anti-Black racism became a public health crisis, the majority of which disproportionately affects Black women and girls. They face health disparities and unnecessary poor health outcomes due to marginalization and social exclusion, especially in spaces like education, health, criminal justice, the labour market, and academia.”

“Our project will aim to share the vast breadth of identities that exist for Black and Indigenous women in Ottawa, while reminding our community about the important contributions these women offer,” Zainab says.

Merritt, Michaela, and Zainab are working together as Tessellate Collective, which they describe as a group of creatively diverse individuals with a shared mandate to intersect art and technology in order to re-imagine and inspire a better world that works for all.

“We believe that our current societal problems affect all aspects of life,” says Zainab. “It takes collectivism to amplify the boundaries of human capacity, by bridging gaps to build connections, spark collaboration, and envision a thriving future that is fair and sustainable for all.”

Awesome Ottawa is part of a global movement of self-organizing chapters forwarding the interest of awesome in the universe, $1,000 at a time. At each chapter, 10 or so “trustees” each contribute $100 every month, and review short applications received online to decide on the recipient of the pooled funds—usually a local project, but occasionally a particularly awesome one far away from home. Globally, over $5 million has already been awarded—$139,000 of that by Awesome Ottawa. For more information, visit http://www.awesomeottawa.ca. 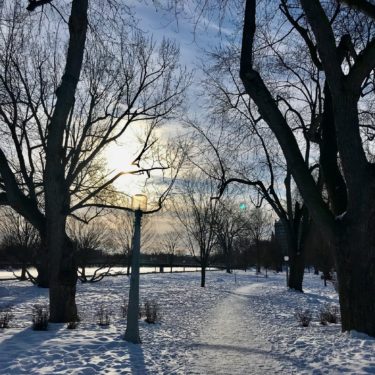