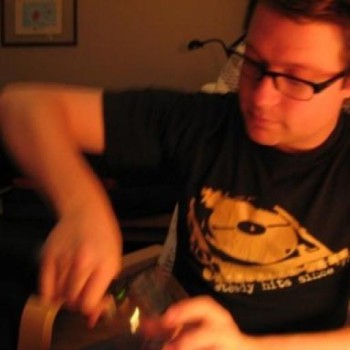 Weekend Roundup: What to do in Ottawa? Apartment613 Talks: Political Capital – How does a city of public servants engage in politics? Geek-out your walking with Ottawa (de)tours

I love a good walking tour. I’ve been a fan of Jane’s Walk for quite a while and Apartment613 has run some pretty amazing walks over the years. That’s why I was so pleased to learn about the newly launched Ottawa (de)tours, an insightful set of walking tours and conversations that are addressing political and […] Hull your ass across the River! Arboretum will make it worth your while

Arboretum is taking the party to Hull with a full night of programming across the river, including shows at Le Troquet and Le Petit Chicago. This will be a great opportunity to increase our cultural dialogue  across the river and help extend the festival audience. Nicolas Sylvestre, of the Fau Mardi collective, (a group that […]

Kalle Mattson is having a great year and we thought it would be good to check in with him quickly before his Bluesfest performance. He plays the Clariage Homes Stage today at 2pm. You are our hometown hopeful on the Polaris list this year. What went through your mind when they announced it? How do […]

Review by Ryan Hill Comedy, Drama, Sci fi/ 60m This show was pretty awesome. Kara Crabb, who’s done some pretty crazy things for Vice Magazine, took the audience on a wild ride into a post-apocalyptic world. Three wives, formally involved in a polyamorous relationship with the now deceased Jacob, seem to have been living off Jacob’s remains […] A Mind full of Dopamine

Review by Ryan Saxby Hill 50mins (approx) / Comedy, Drama, Solo, Storytelling / Mature A Mind Full of Dopamine was a solid one man show, by Rory Ledbetter, looking at a personal exploration of gambling addiction. The show was well-acted with great charm. The story arc – from finding fun in poker at a young […]

[youtube width=”600″ height=”450″]http://www.youtube.com/watch?v=f7mrAYV3p78[/youtube] The TD Ottawa Jazz Festival starts this weekend! We’re big fans of the festival and we’ve made it something of an annual tradition to check in with Petr Cancura, programming manager for the festival, to see what he’s pulled together for Ottawa Jazz fans. (If you’re interested, see 2011, 2012, 2013). We’ll […] Olivia Chow offers Ottawa a “two for one” mayor deal

In a surprise move Olivia Chow has declared that she will also run for the office of Mayor of Ottawa in the upcoming 2014 municipal election, offering Ottawa a “two for one” deal if she also wins her bid to take the reigns at Toronto City Hall. “If a crack-smoking buffoon can successfully run Toronto, […] Hey there community radio fans! We had a great time recording this week’s show and we hope you like it. We brought Jason Pelletier from Spins and Needles into the studio and got him to play some tracks from the Spins and Needles record label. We also caught up with Laura Margita, the director and curator of […] Cuff the Duke takes to the stage this weekend as part of the National Art Centre’s “NAC Presents” Series. The series is an opportunity for the NAC to bring different acts to the venue, experimenting with rock, indie, folk and other genres that can help bring in new audiences to the NAC’s stages. So what […]